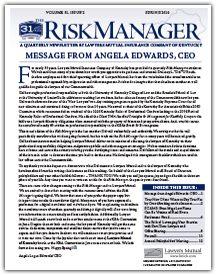 The global law firm, Dentons Canada LLP, got stung for over $2.52 million by failing to thoroughly verify payout instructions for the partial repayment of a mortgage held by Timbercreek Mortgage Servicing Inc. While the transfer was pending, Denton received email purporting to be from Timbercreek advising that its account was being audited and directed the money be sent to an international account in Hong Kong, held by a third-party called Yiguangnian Trade Co. Ltd. Denton attempted to verify the instructions by leaving a voicemail at Timbercreek and asking for letters of authorization from Timbercreek and Yiguangnian.

Denton was never called back, but did receive authorization letters that appeared legitimate indicating they were from Timbercreek and Yiguangnian. Denton then transferred the $2.52 million to the Hong Kong account. Several weeks later Timbercreek contacted Denton asking what happened to their money. At that point Denton realized it had been scammed.

We published the following checklist in 2015 (citing Bar of the City of New York Committee on Professional Ethics, Formal Opinion 2015-3: Lawyers Who Fall Victim to Internet Scams (April 2015)). We think now is a good time to offer it again.

Red Flags That May Alert An Attorney To An Internet Scam

Any one or more of these common “red flags” indicating a scam should arouse a lawyer’s suspicion: