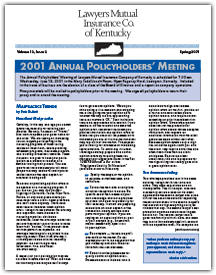 Specifically identify in the settlement agreement all financial assets to be divided or retained by the parties.

Urge clients to promptly change beneficiaries of pension plans, insurance policies, and other financial assets upon divorce and document that this advice was given.

Cover all significant financial issues, current and contingent, in the divorce settlement agreement.

Lawyers must determine whether a divorce client has an ERISA plan with a designated beneficiary and advise accordingly.

In a divorce action it is best to get a QDRO covering all pension plans approved before the divorce is complete.