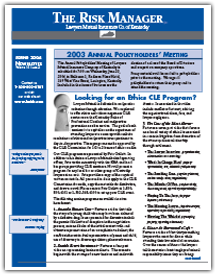 It is generally accepted that ethical negotiations permit a certain amount of puffing – this includes statements concerning future facts, opinions, quality, value, authenticity, and intentions on settling a claim. Where to draw the line between puffing and lying is the hard part of ethical negotiations. What is clear is that deliberate lying is unethical and can constitute fraud. A lawyer in a Maryland case was referred to bar authorities by a judge for blatantly lying in a written settlement offer. The lawyer represented 25 clients in a Fair Credit Reporting Act action against a bank. It was alleged that a bank employee was secretly giving credit reports to an unidentified person. In the settlement offer the lawyer asked for $75,000 per claimant and wrote that he had made confidential arrangements to obtain the name of the person responsible for getting the credit reports from the bank. He would give the bank this name as part of the settlement. During a later deposition the lawyer admitted that he had no confidential arrangements for finding out whom this person was and that this statement was a lie that he included in the letter for the purpose of settlement bluster. In referring the case to disciplinary authorities the trial judge was clear he believed the lawyer’s statement was one of material fact and not settlement bluster. He offered negotiating lawyers this useful analytical outline for staying within the rules: