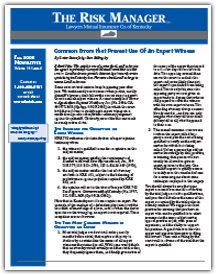 Once again Congress has amended the SCRA (Servicemembers Civil Relief Act, 50 U.S.C. App. §§ 501-596 (LEXIS 2004)). With the many Kentuckians engaged in active military service today it is important for our bar to be familiar with the SCRA to assure that servicemembers and their families receive the full benefits of its protection. Recent changes include:

For more detail on these changes see Servicemembers Civil Relief Act (SCRA) and Uniformed Services Employment and Reemployment Rights Act (USERRA) Amendments and Updates by LTC J. Thomas Parker, The Army Lawyer, March 2005, page 22 at www.jagcnet.army.mil/jagcnet in the Public Pages/Forms and Publications section. A helpful overview of the SCRA is available in the December 2003 issue of The Army Lawyer at page 38.